A complete look at almost all aspects of freestyle, (the blender version, not the BEER/MALT one) and how to effectively use it. It will go over all the modifiers, properties, and other info.

Blender Freestyle is one of the most powerful and underutilized tools in the entire software.

It allows users to add interesting outlines and cool effects to renders, and when utilized correctly can create unbelievable results, such as sketches, architectural blueprints, and comic book backgrounds. In this guide, I'll go over everything there is to know about freestyle and how to properly use it.

To turn on freestyle, go to the Render Properties tab on the side panel and click the checkbox next to Freestyle. You should see this:

Now, go down to the View Layer Properties tab. You should see that there's a new menu for freestyle with an overwhelming set of options:

There's a lot to take in, so for now set up a nice simple scene so the options can be visually explained one by one. My base render looks like this, but it can look like anything as long as there's simple geometry:

The first several options aren't very interesting and won't change much, so I'll explain them now: Control Mode: Allows switching between a Parameter Editor and a Script Editor. For now, scripting freestyle is new to me too so we'll stick to the Parameter Editor View Map Cache: This saves the geometry data needed to compute the outlines into a cache, which speeds up performance when the geometry hasn't changed. This is good to turn on when just messing with line styles and settings, as it speeds up performance after the first render As Render Pass: Renders freestyle to a separate render pass to be tinkered with in the Compositor. This will be used later, but for now leave it off. Crease Angle: This changes the angle cutoff for how sharp or smooth something needs to be to be recognized as a line. With an angle of 180°, freestyle acts as a wireframe outline, highlighting every edge:

Face Smoothness: Turning this on will make the crease angle also account for if a face is smooth or not. Here's the same scene as above, but now with Face Smoothness on:

Culling: Turning this on will ignore out of view and other non-visible geometry. This will rarely be turned off The Advanced Options don't normally make a difference, and should only be used in very specific situations. For most people, messing with them will never be a necessity. 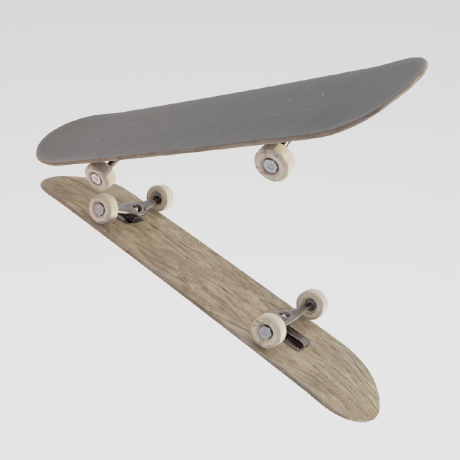